The Wheel National Conference II & III took place in the Hotel Golden Tulip el Mechtel in Tunis from the 28th until the 30th of September. It was the first meeting that was held face-to-face since the Kick-Off-Meeting in 2019. That fact made the conference a special event because it was a face-to-face reunion after months of online meetings. It was highly successful since it counted the participation of the 12 HEIs from Libya and the University of Alicante. 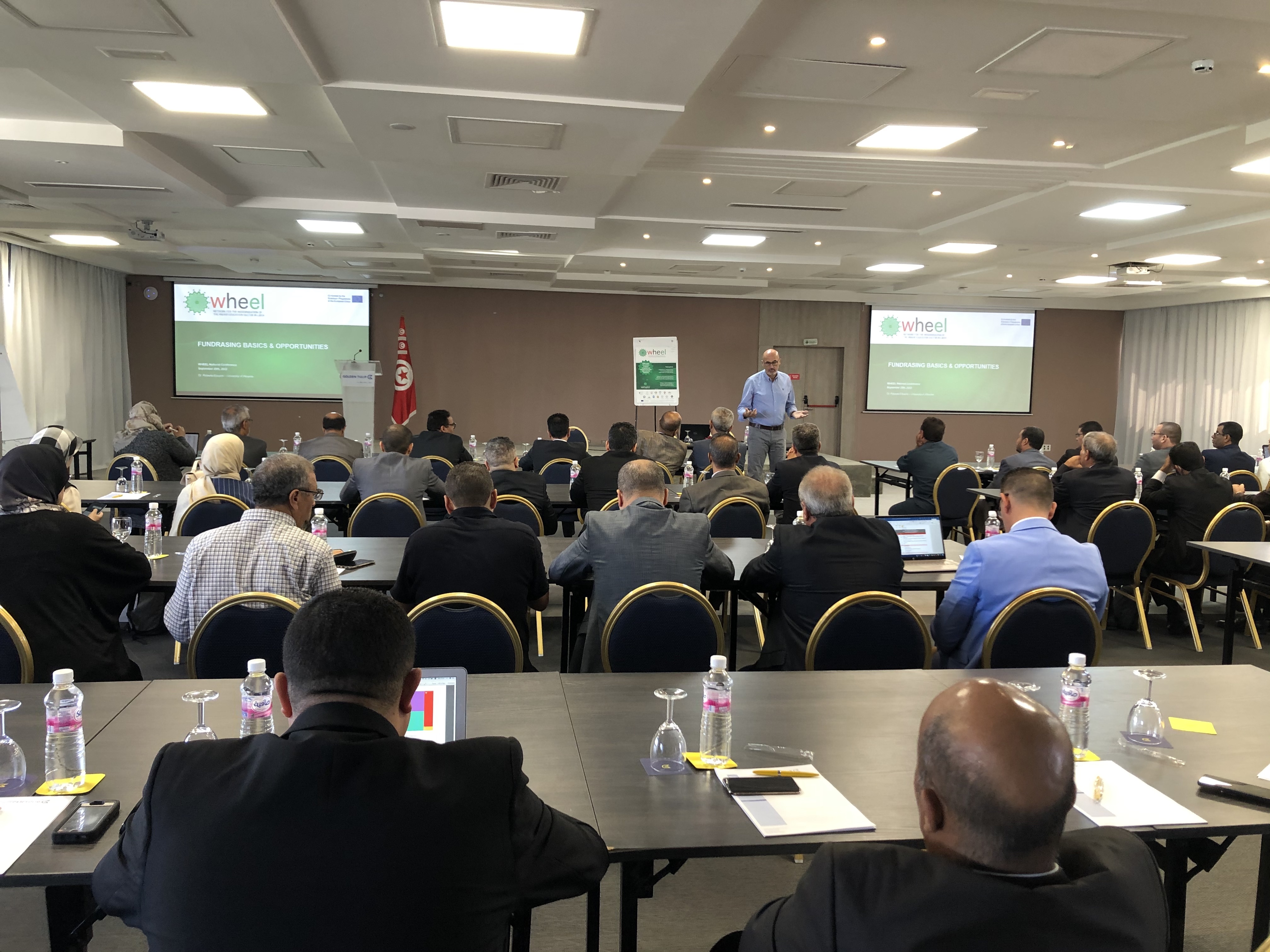 The objectives of the First National Conference were the promotion of dialogue on higher education (HE) management at a national level and the exchange of knowledge and know-how in connection to the role of universities in the Libyan innovation ecosystem, to debate the practicalities of Libyan innovation culture from an empirical and case-oriented approach and to analyse how fundraising can support critical aspects for improving Libya HE innovation performance.

The Conference started with a keynote from Dr. Robert Escarré, Director of the International Project Management Office of the UA, about fundraising opportunities for international cooperation. There were two panels that counted with the collaboration of different partners and were moderated by the UA. The First Panel was on “Landscaping the innovation ecosystem in LY HE” and included speakers from Zawia University (ZU) and the Libyan International Medical University (LIMU). In Panel 2 “Good practices in support of innovative performance” intervened Misurata University (MU) and Sirte University (SU). This Conference finished with a presentation on networking, led by Cristina Beans, that incorporated working sessions with the partners to advance the design of the WHEEL Network. 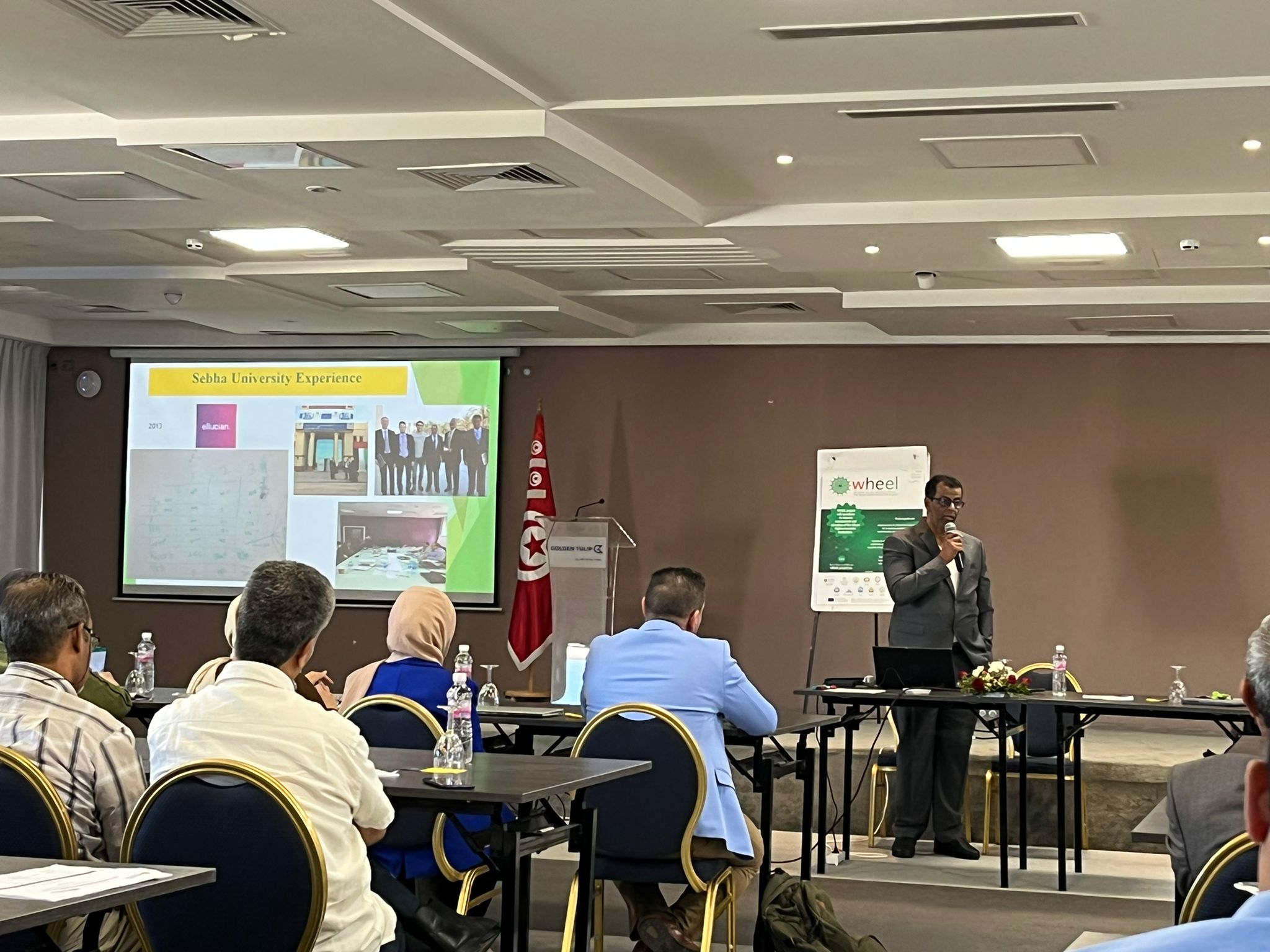 The aims of the Second National Conference were to promote the exchange of findings and goods practices in Libyan HE governance, to debate the role of multilevel cooperation and capacity building in supporting a stronger Libyan System, to agree on the key strategic aspects in which WHEEL Network could and should support the development of a stronger Libyan HE system, to discuss the results of the project, and to plan joint activities of the WHEEL Network. 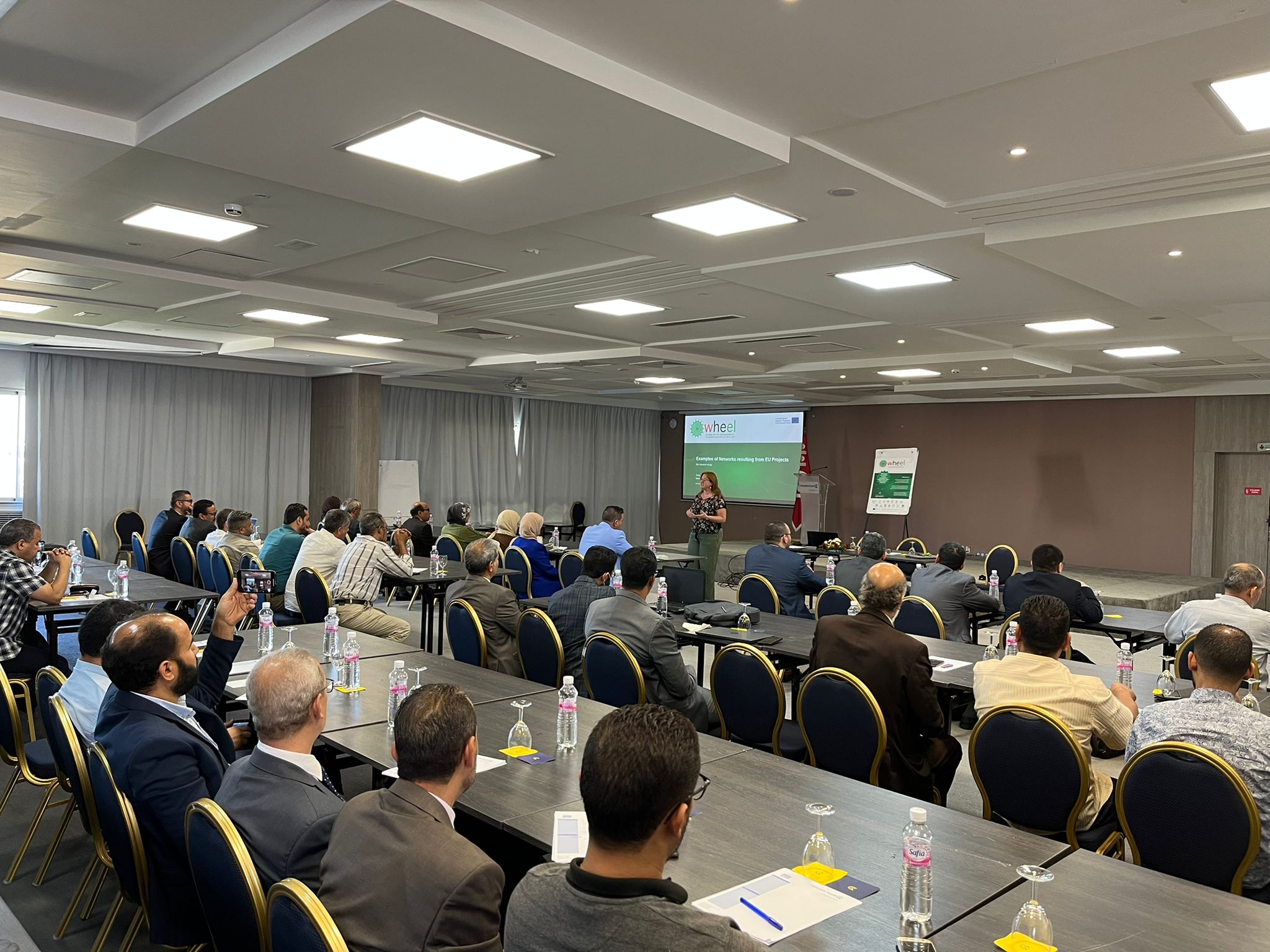 It was structured in two panels (moderated once more by the UA) and a workshop. The partners that intervened on the first Panel of this second Conference, which was on Governance practices and potential systemic impact, were the University of Benghazi (UoB), the University of Tripoli (UoT), and the Bani Waled University (BWU). And Elmergib University (EMU), UoT and LIMU participated in the second panel which had as title “The way ahead for an improved, effective and efficient Libyan HE system”. After the panel followed a session on the main findings from the Delphi study on “Challenges for improving systemic governance in Lybian HEIs” and a validation workshop both led by Mario Guillo from UA.

The panels from both conferences were highly successful as each one of them included a strong discussion with the audience.